Shipping inclusive for Canadian addresses - Our Web-Store shows only MSRP prices. If you don’t like the price you see? Make your own offer we will consider it.

Your cart is currently empty. 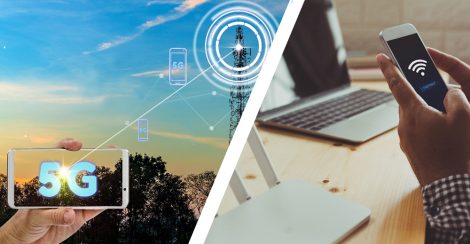 Wi-Fi 5 (802.11ac) that operates at 5 GHz reached broad adoption and saw steady growth over the past five years at the same time that the mobile industry started talking about 5G cellular service. This caused some confusion among those who thought they were one and the same. As a result, when IEEE developed Wi-Fi 6 (802.11ax), some assumed it was better than 5G. To complicate matters, we now have Wi-Fi 6E (802.11ax) capable of supporting 6 GHz operation in addition to the 2.4 GHz and 5 GHz bands used by Wi-Fi 6.

But let’s get one thing clear – cellular service and Wi-Fi are NOT the same and 5 GHz Wi-Fi (a frequency band) has absolutely nothing to do with 5G (a generation)!

5G is the umbrella term used for the fifth generation of cellular network technology. Most of us are used to seeing the 4G LTE icon on our mobile phones, and some of us in metropolitan areas are now seeing the 5G icon as carriers like Verizon and AT&T are now rolling out early versions of this service. Cellular networks like 4G LTE and 5G operate in the electromagnetic spectrum using licensed bands (i.e., frequencies) that can only be used by the company that licensed them. For example, Verizon’s 5G network uses 28 and 39 GHz high-band spectrum, which is considerably faster than their 4G that uses 700 to 2500 MHz frequency.

While it is anticipated that 5G will ultimately include some unlicensed bands for 5G operators and others to use for new networks or to enhance existing networks, these are not the same as the unlicensed 2.4 GHz, 5 GHz and 6 GHz radio bands used in Wi-Fi applications.

Rather than connecting to the cellular network (and paying a mobile service provider), Wi-Fi signals connect to private networks through wireless access points (WAP) within a limited range and with access to the Internet through the private network’s Internet service provider (ISP). Unlike licensed cellular frequencies that are assigned to a specific cellular provider, each generation of Wi-Fi uses specific unlicensed bands that can be used by anyone. So, whether you’re connecting to a Wi-Fi 5 WAP at a coffee shop in Chicago or at your office in New York, you’re using the 5 GHz band.

It’s important to note that Wi-Fi 6E is not a new wireless protocol but rather an expansion or “second wave” implementation of Wi-Fi 6 to add operation in the 6 GHz band where there are more available non-overlapping channels, fewer devices operating, and less potential for interference. As legislation comes to fruition that opens the 6 GHz band for unlicensed Wi-Fi use, the total spectrum available to a Wi-Fi 6E device is increased by a factor of roughly five times. This is enough spectrum to offer 7 additional non-overlapping 160 MHz wide channels or 14 non-overlapping 80 MHz wide channels, providing more transmission opportunities and less interference in dense or large enterprises environments.

With a 4G or 5G cellular network, the data transmission speed you achieve depends on what network you’re connected to, how busy it is (i.e., how many others are connecting to the same network), and what device you’re using. The maximum transmission speed of early 4G cellular networks is 150 Mbps, with an average download speed per user of just 10 Mbps. 4G LTE and 4G LTE-A, which use long-term evolution and long-term evolution advanced communication, offer speeds of 300 Mbps to 1 Gbps, with an average download speed per user of about 15 Mbps. Introduced due to the limitations of the first implementations of 4G, LTE shifts data transmission to an Internet protocol system to allow transmission of larger packets of data with lower latency.

5G cellular service uses higher-frequency radio waves to offer theoretical speeds of 1 to 10 Gbps, with average expected download speeds of 50 Mbps and reduced latency. However, the higher-frequency radio waves of 5G have a shorter range than the frequencies used by previous 4G towers, requiring more smaller cells located closer to users and devices. This is one of the reasons why edge data centers are popping up at the base of these towers. You can learn more about that by checking out Siemon’s white paper, “Why Edge? Why Now? How the Rise of Edge Computing will Reshape the Data Center Landscape.”

Narrower channels that are 20 or 40 MHz wide are typically aggregated to support higher throughput, while wider 80 and 160 MHz channels allow for higher data speeds. The limited number of 20 and 40 MHz channels in the 2.5 GHz and 5 GHz bands makes achieving maximum throughput challenging, and wider channels have historically had limited availability. There are only six 80 MHz and two 160 MHz channels available in the 5 GHz band, which is the primary reason for adding the 6 GHz band with Wi-Fi 6E. 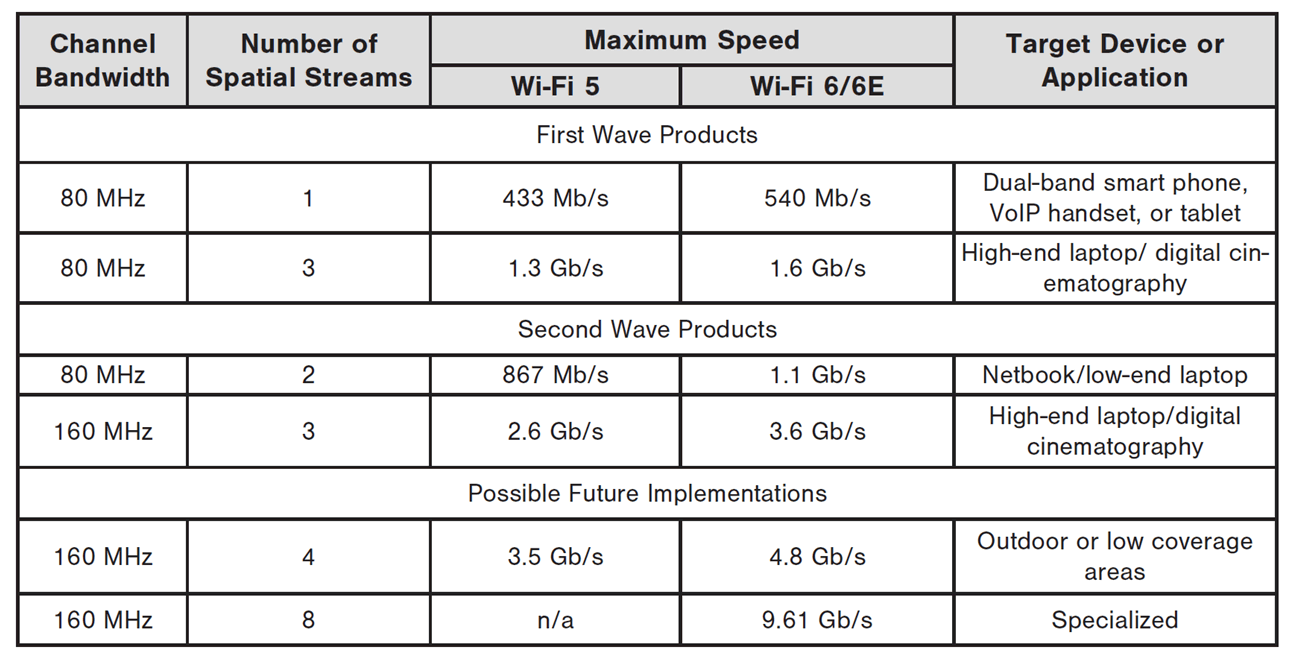 Better Together But with Considerations

While many pit Wi-Fi and 5G against each other, the fact is that it is not one or the other-both technologies need to coexist to take full advantage of the digital world we live in. 5G will be needed for public cellular service that covers miles and supports emerging mobile technologies like self-driving cars and asset tracking of transportation fleets. Wi-Fi however is critical to providing higher-bandwidth access to LANs and the Internet in a local environment to support everything from business applications to premises-based IoT applications.

While 5G deployments will require edge data centers and denser small cell deployments, when it comes to deploying high-efficiency WAPs for Wi-Fi 6/6E in the enterprise space, there are several cabling considerations that have implications with respect to cabling infrastructure design. This includes cabling and connectivity performance to support capacity, cabling architecture for ample coverage and scalability, and proper support for remote power like power over Ethernet (PoE) to limit heat to build up in cable bundles and prevent damaging connecting hardware when unmating under remote powering current loads.